Team spirit recognition for Given the Chance worker

When Erick first got in touch with the Brotherhood of St Laurence’s Given the Chance team, he had no job, no food and was frantically worried about how he would support his young family.

Just over a year later, Programmed, a managed workforce provider, has recognised his work ethic, team-building skills and leadership qualities with an excellence award.

Erick has been working as a gas filler at Elgas in Dandenong since April 2018 – thanks to  support from our Given the Chance (Jobs Victoria) program.

Erick came to Australia from Kenya in 2017 to make a better life, but finding work wasn’t easy. He had been working as a karate and sports instructor in Nairobi.

‘I did not want to go to Centrelink, but there was not a lot of work. I found it difficult,’ says Erick.

With support from Given the Chance employee engagement manager Phillip Knight, Erick learned about Australian workplace culture, resume writing and interview preparation and put together a resume.

‘The people I’m working with at Elgas are very friendly and welcoming. I am learning new skills- things I would not be learning back home,’ he says.

‘Given the Chance gave me hope, when I was running out of hope,’ says Erick.

He is on a Bridging Visa A (BVA) visa while he awaits a more permanent visa and residency.

Phillip explains that employers also get tailored support when they hire a Given the Chance participant.

‘We talk with employers to understand their business and employment needs. We advocate for jobseekers and connect suitable candidates with them.  Once they’re hired, we follow up and support employers and the newly placed worker while they transition into their new job.

‘He goes above and beyond and takes a lot of pride in his work.

‘The feedback we had about Erick was that he’s a strong team player who looks after new people coming in. It is a pleasure to be able to recognise his contribution.’

Find out more about Given the Chance Jobs Victoria program 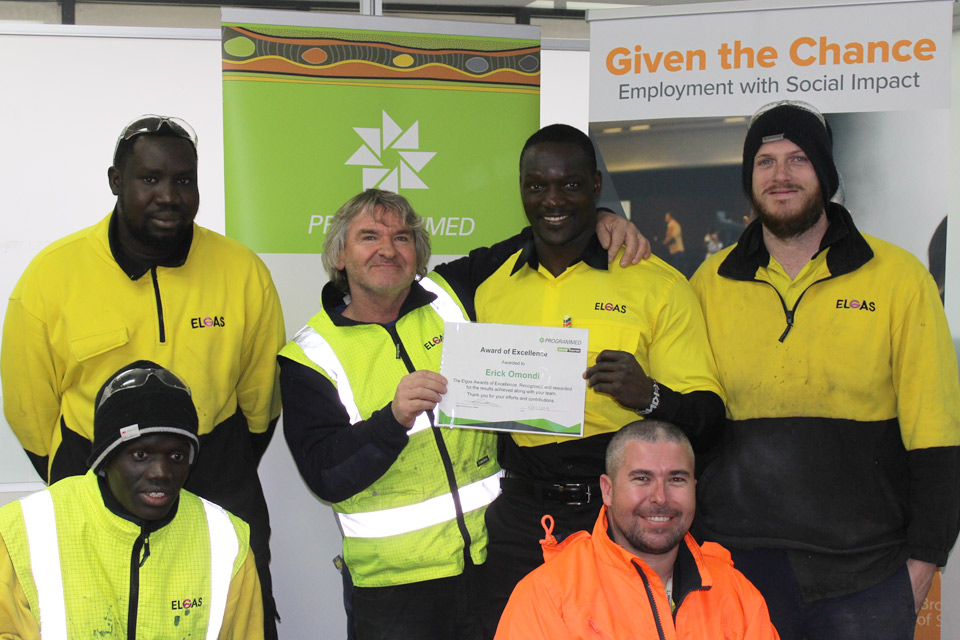 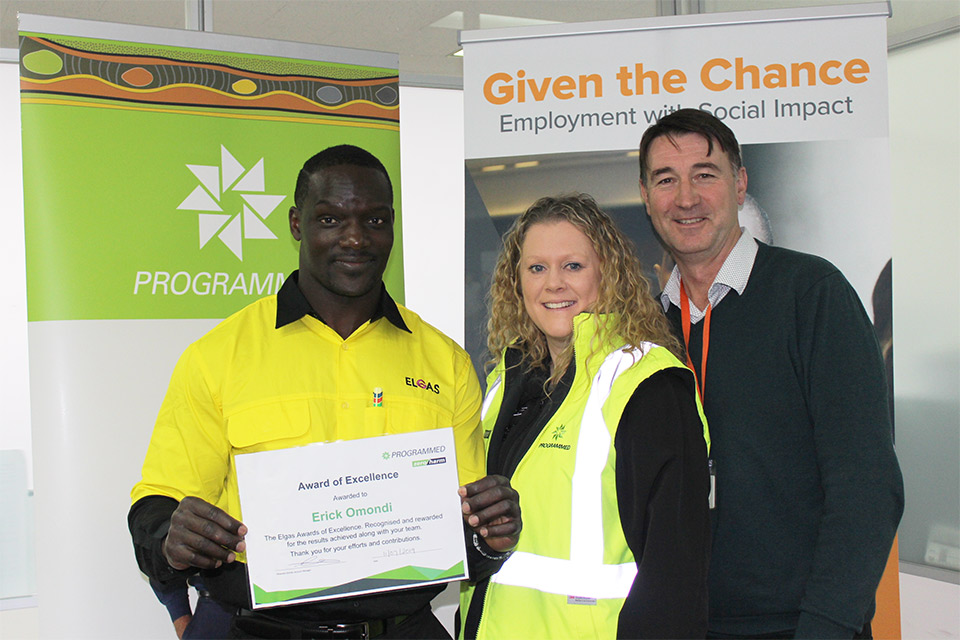 Find out more about the work of the Brotherhood